After writing my last blog post Ólöf let me borrow her car and I headed over to Halldóra’s house. I’m so glad I know how to drive standard/manual, if not that would have been really tricky. I played with the kids for a little bit and then we went for a walk around Rehykott. It was nice getting another chance to talk with Halldóra, I was saying how it felt really nice to be with her family and almost as though we had known each other before this and she said she felt the same way. I don’t think I’ve ever really felt this immediate connection or relationship with strangers before. I just feel like I belong and am a part of this unit if that makes sense? I had a similar chat with Helgi about it last night. Its really weird and hard to explain exactly but its very nice, and it was nice to hear that both Halldóra and Helgi feel a similar way.

When I got back to the farm I had to say goodbye to Helgi as he is leaving tomorrow morning for a music festival in Belgium (I think?). Its too bad that he had to leave because we were getting along really well. He’s a funny guy, helpful, very sarcastic, and most definitely someone I would be/want to be friends with. I’m hoping to come back to the farm with my grandparents and dad when they are here so that they can meet the family and so grandpa can chat with Guðmundur. (I’ve been told that this visit is necessary and I agree). So with this visit in mind I just had to say “see you later alligator” to which he responded with “in a while crocodile”! The best! Also he is thinking about studying his master’s at Guelph and if not there then at least coming for a visit so I will be seeing him later. – Eh Helgi?

After milking the cows we had a little dinner and then went out for a horseback ride. The last time I went horseback riding I was around 12 or 13 and the horse was huge and terrifying, this time around not so terrifying. Icelandic horses are rather small, not exactly pony size but not huge horses. It was a nice ride around the farm, peaceful and enjoyable and something I’m so glad I was able to experience. Ólöf said we may go out again in the future which would be nice! We then sat in the hot tub for a bit before calling it a night… which I should do now I suppose. 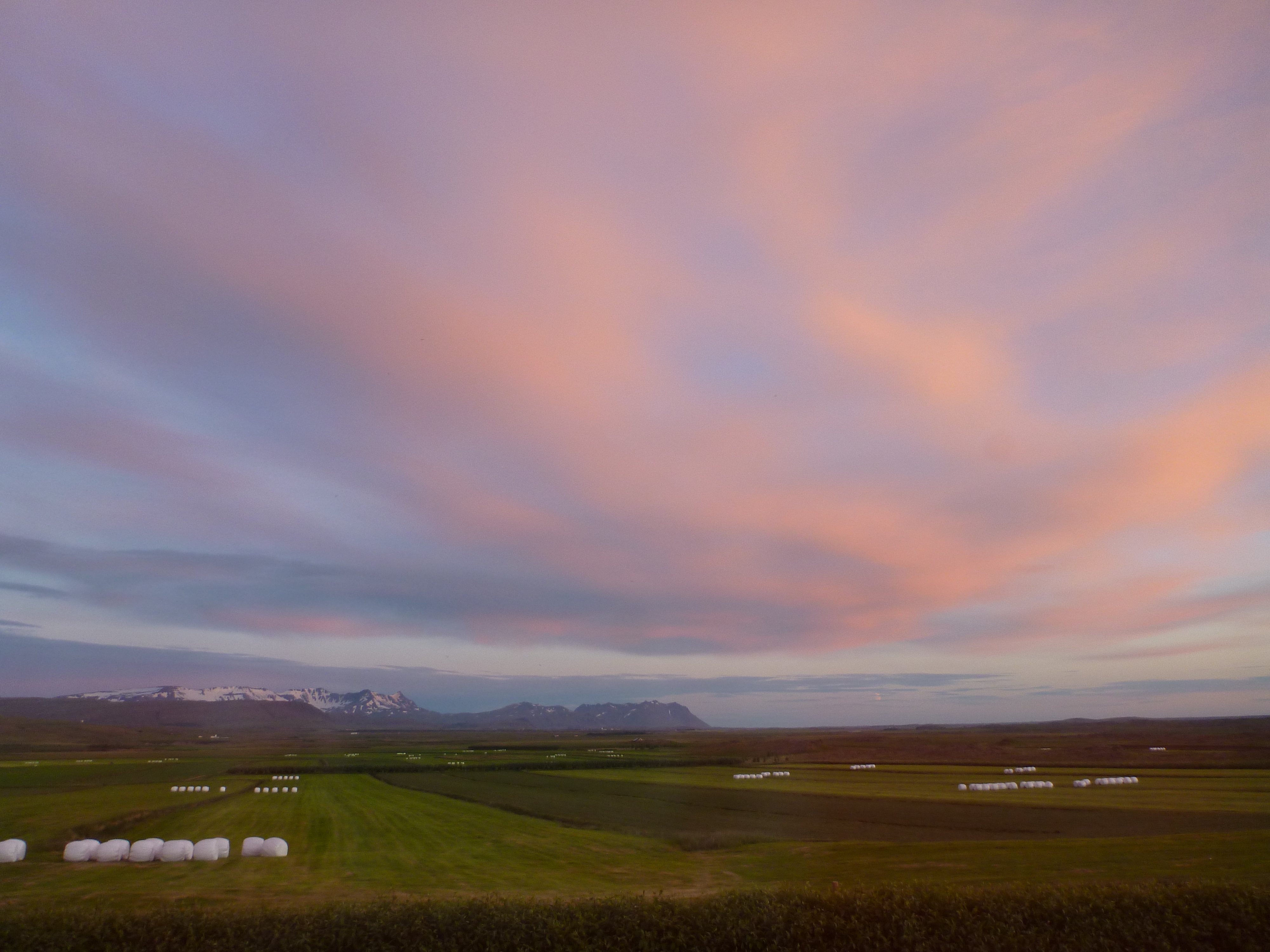