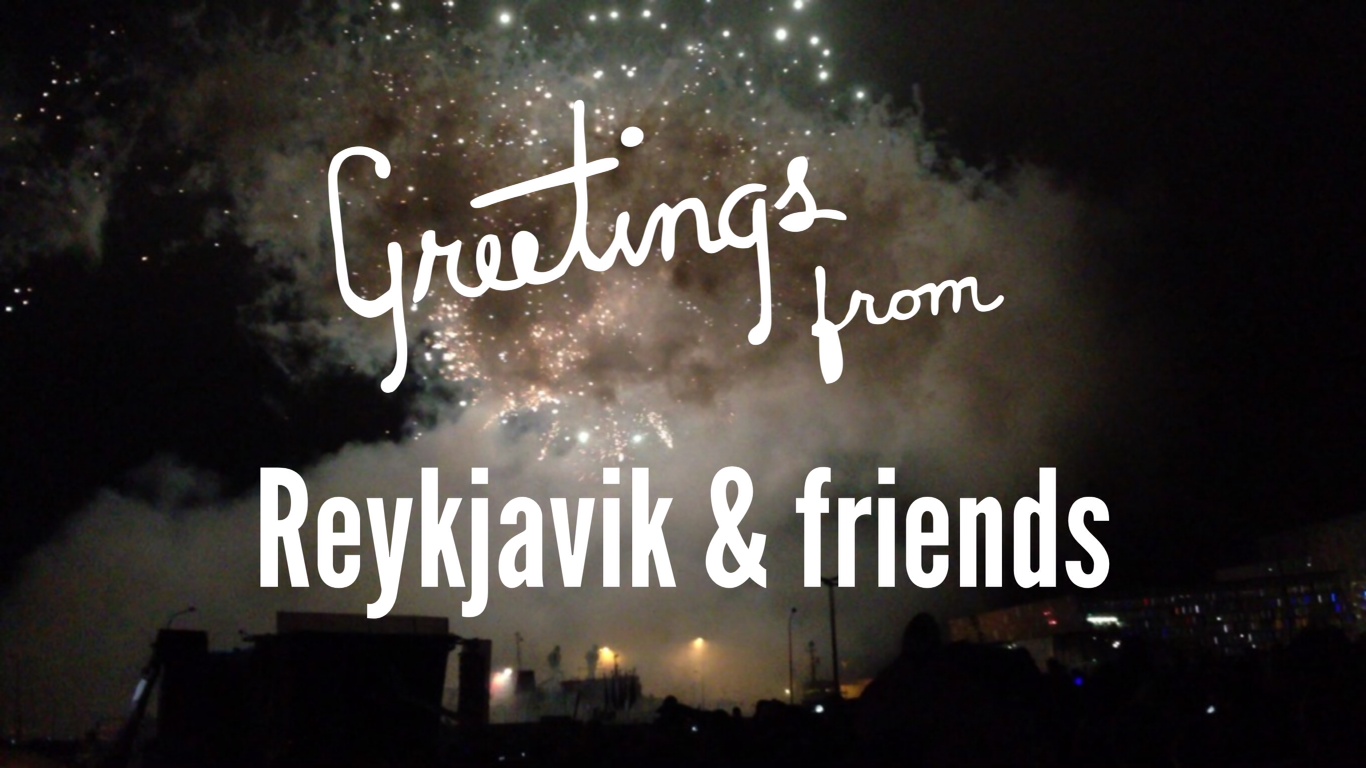 Well, I’ve ended up back in Canada. How did that happen? (Don’t answer that, I know how it happened)

Even though I’m back to reality I thought I should write about the last week in Iceland. So… where did I leave off last?

When Grandpa and I arrived at Adda’s the weather was still gorgeous so we went on a night drive to watch the sunset and enjoy the nice weather. The next day we went to do a little window shopping, had some coffee and kleinur. Yum! Grandpa is such a story teller. I don’t think I realized how much he could talk! It was great! 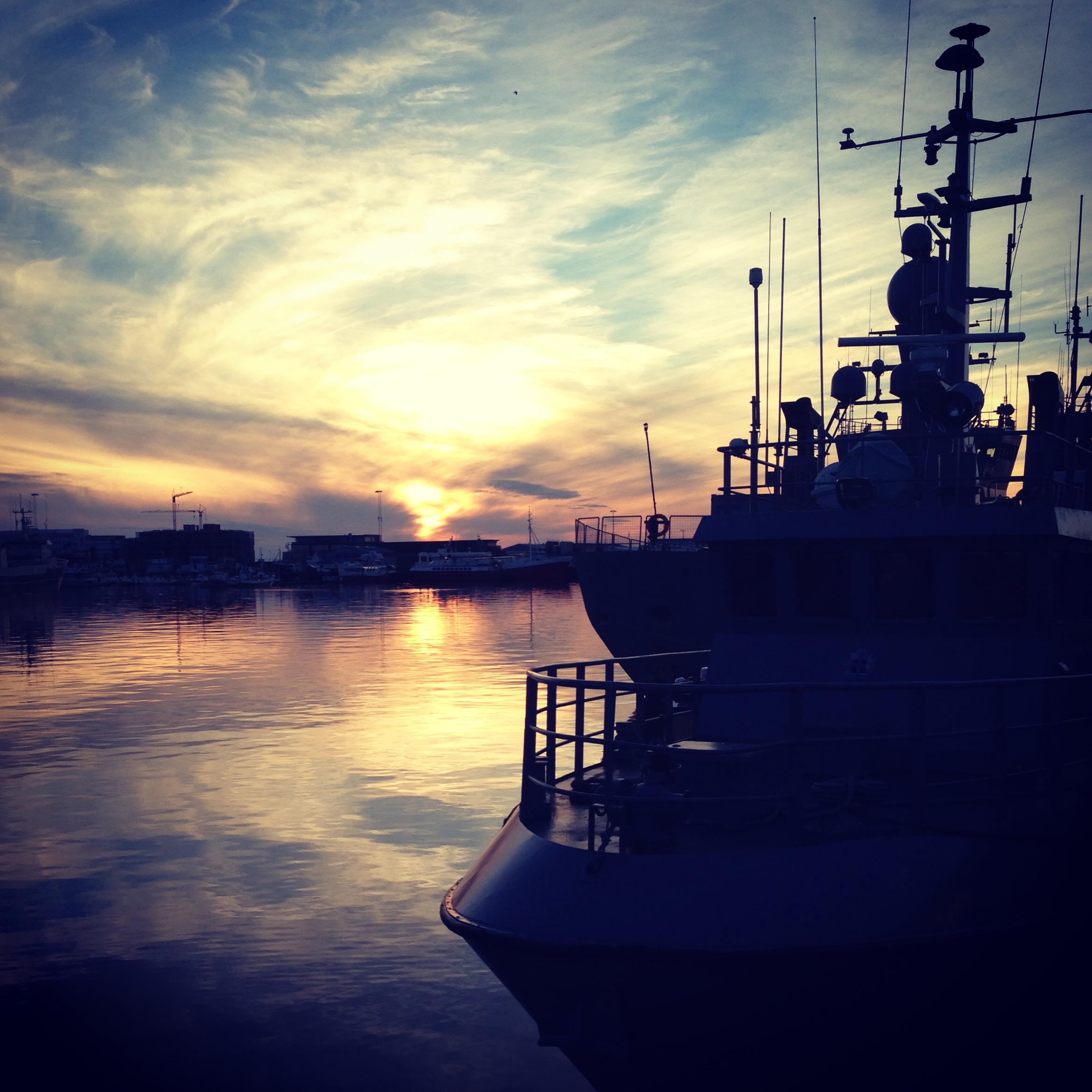 For dinner Adda made his favourite, kjotfass, which to be honest looks really gross. It’s kind of like putting ground beef into a blender and turning it into baby food… It’s brown but kinda looks like that pink slime stuff in America. But… if you forget about how gross it kind of looks, add some rhubarb jam it doesn’t taste that bad.

On Thursday I took a bus into Reykjavik and walked around and around and around before meeting up with María for dinner where I met my cousin Addi for the first time. María cooked up an feast and the conversation flowed and lasted late into the night. 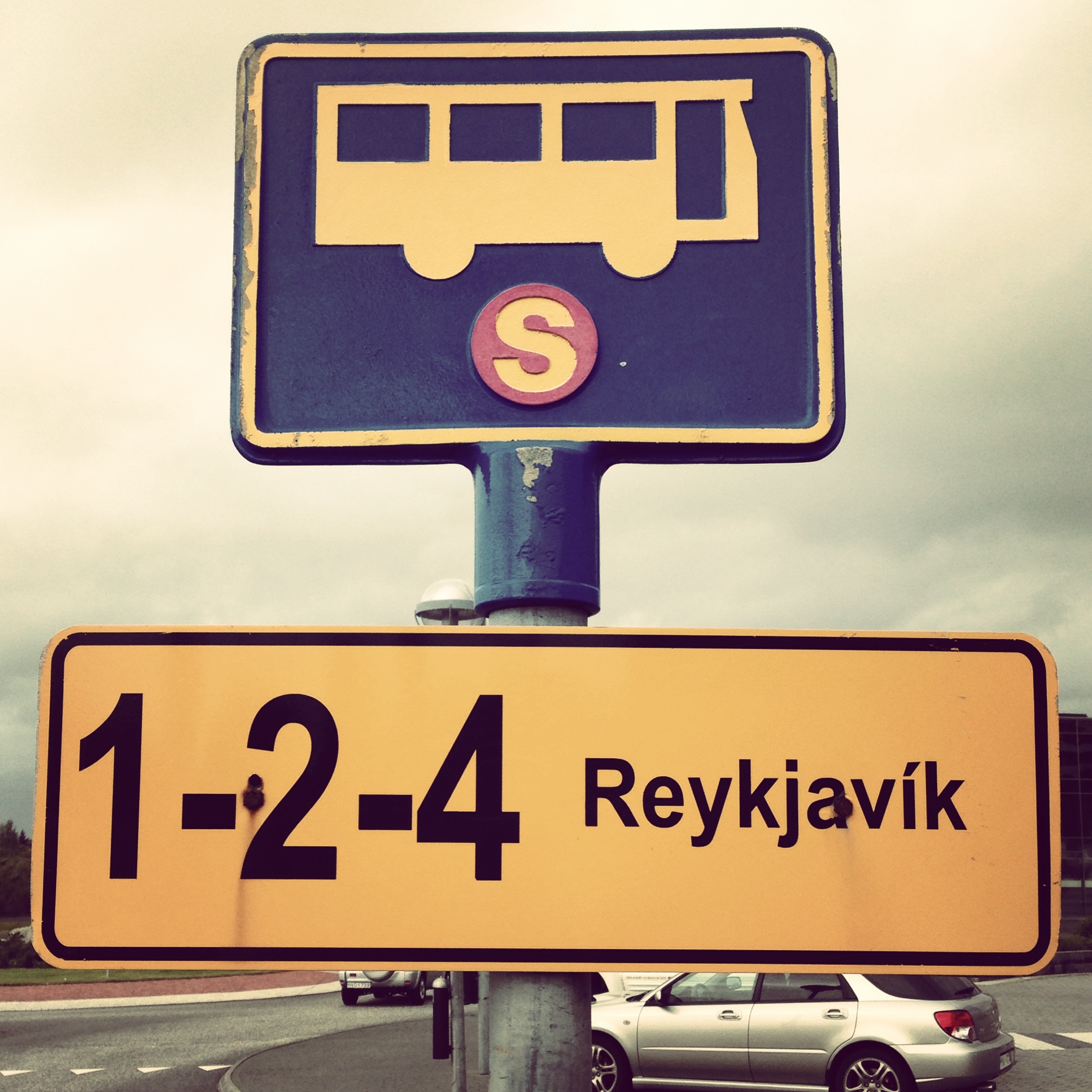 Friday I drove to the airport to pick up Sigga, my grandfather’s sister. At Adda’s we had tea and coffee and then I made my way over to stay with Þórir Geir and Nila.

Saturday was a busy day as I woke up at 7 to make my way downtown with Þórir Geir for his half marathon. While he was running I walked the city, just exploring and attempting to get lost on foot. It’s pretty hard to get physically lost in Reykjavik in my opinion, but you can get lost with your thoughts which is what I was going for. I made my way back to the finish line to watch Þórir Geir cross. I felt terribly lazy watching everyone finish their races. The thought even crossed my mind that I should get into this whole running thing, but I’ve come to my senses. 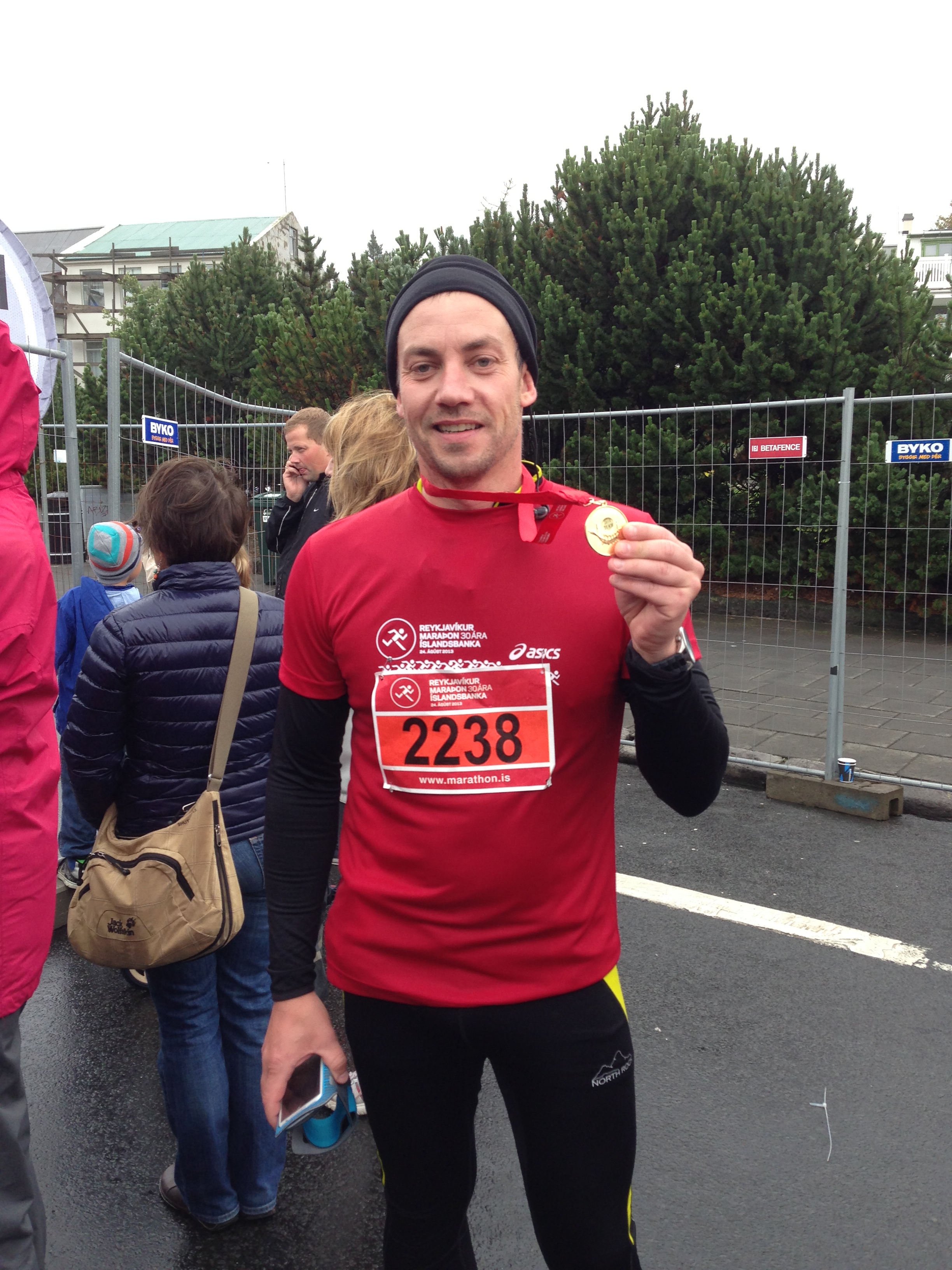 After the race we went to one of the local pools for a swim then over to Adda’s for coffee before heading downtown for Menningarnótt, which is a culture day/night. We met up with Addi, María and Uni and went “bar hopping” to try and find a place that would take us out of the rain. We stopped into a trendy little book shop to warm up, dry off and have a beer before deciding out next move. We went over to Addi and Maria’s home for a while before heading to the fireworks. 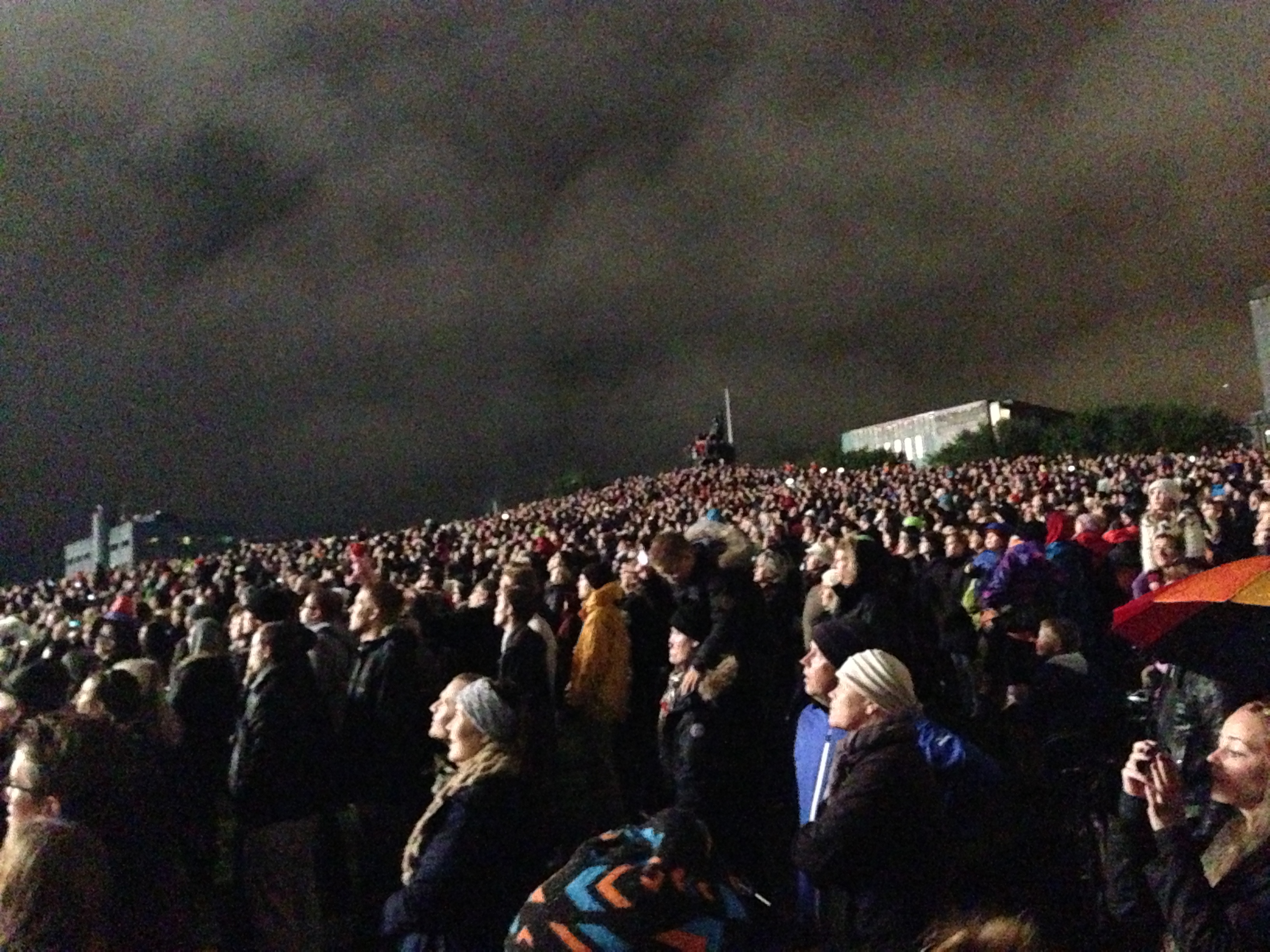 The next morning was a little lazy before we went on a little road trip. We went to see downtown Hafnarfjordur and then drove the back roads on a beautiful path to Grendivik to visit Nila’s family. We stopped along the way to check out a geothermal area called Krýsuvík (I think). Nila’s brother cooker up a nice meal. He offered to give me a haircut and tattoo but I wasn’t spontaneous enough. 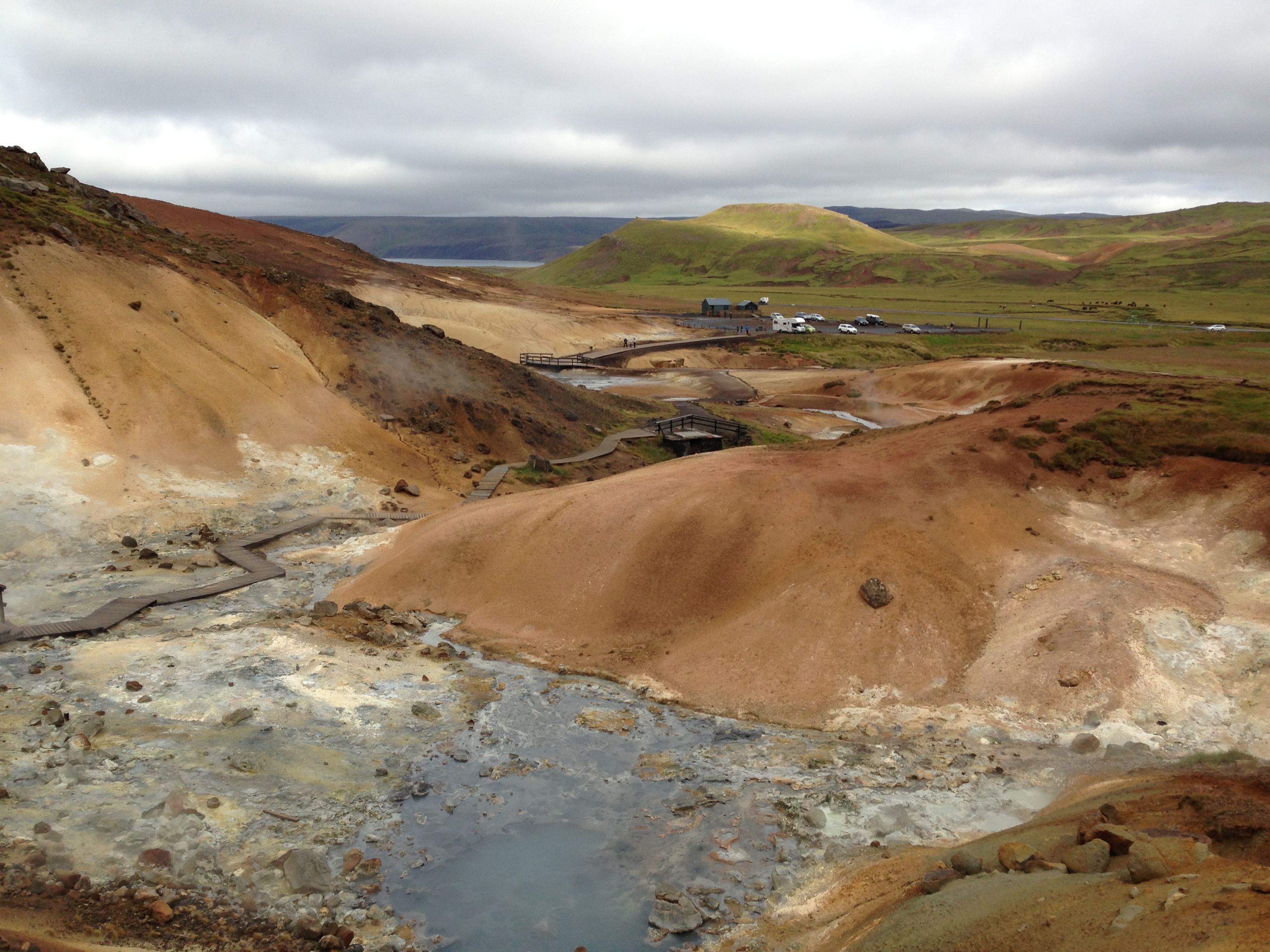 On Monday I went to a funeral service for Toti, Adda’s husband, who I met and stayed with last year. While I haven’t been to many funerals, this was a little different from the ones I’ve experienced. The family service was held first, followed directly by the larger service. All the speaking during the services was done by the minister (I’m not sure if that’s what he’s called). It was my first time hearing a choir in Iceland and it was absolutely beautiful. I’d pay money to hear that again. The service was followed by a drive to the cemetery and then coffee and food.

I can’t help but think that funeral’s are beautiful gathering, though tragic as well. Throughout our lives we interact with so many different people, it’s beautiful that they then come together to remember a life together. What I find the most tragic though is that it often takes the passing of someone for people to come together and that person misses out on seeing their loved ones gathered together one last time.

So, after that little thought train… it was a nice day seeing family come together. After the service we stopped by Rebekka and Jónas’ house and met Þórir Geir’s brother Heimir and sister Hildur.

On Tuesday Nila took me for a trip to Perlan for a great view of the city and ice cream. Yumm! We stopped by Kringlan shopping centre. Sometimes I wish I was more of a shopper. There was a lot of nice things that a small part of me would have liked to buy but I just can’t justify it for many reasons. Sigh. After the window shopping trip I stuck around with grandpa and enjoyed the sun.

On Wednesday Nila took me to the blue lagoon. Crazy times! I was in the lagoon, wandering around enjoying the heat and all of a sudden I saw my friend Colin from Queen’s! What?! I knew that he was in Iceland but I didn’t think I’d see him. It’s a small world and Iceland’s even smaller. 😉 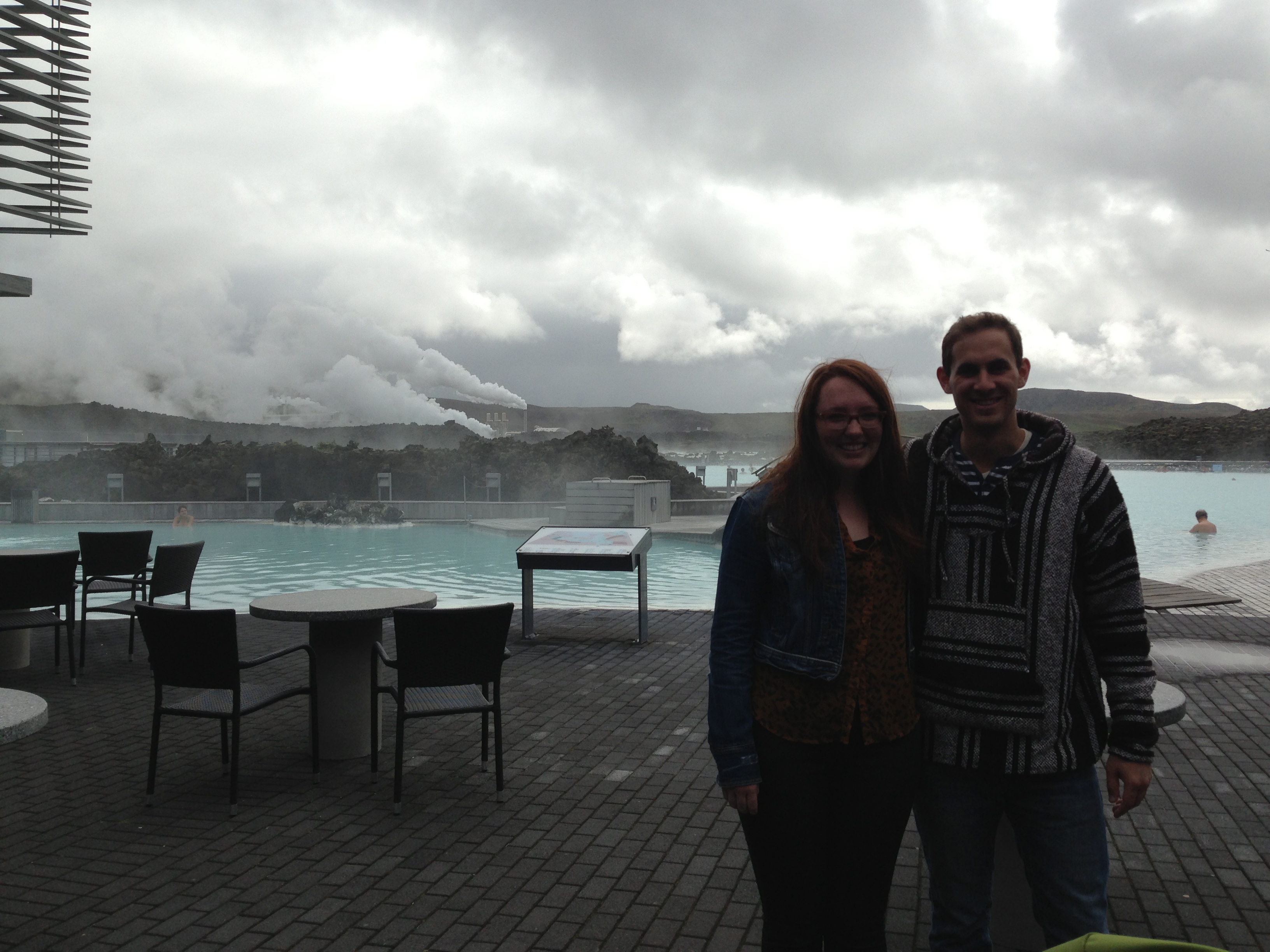 That afternoon I drove Sigga to the airport and we said goodbye. She’s a funny lady, I’ll tell you that. When grandpa and I got back to Adda’s we quickly got back on the road to head to the Álafoss wool outlet. I got some wool for a couple more sweaters and socks. I was pretty tempted to buy more but thought I better stop as I still have a supply from last year.

We made our way back to Adda’s for dinner. Silja, Andrea and Agnesa stopped by for a visit before Silja and Andrea made their way back to Norway the next morning. It was a pretty funny evening with some really random conversations. I think my explaining how the words for cake and poo confused me had a large hand in that. Cake is kaka (sounds like caca) and poo is kúka (sounds like cooka). When you hear someone asking a kid if they want kaka and you’re not too sure what that word is, it can be pretty comical… or maybe that’s only in my mind.

The next day I had made plans to borrow a car from Þórir Geir and Nila. I picked up Colin from his hostel for an adventure. We drove south east and were going to explore Hveragerði but the fog was so low you couldn’t see anything so we kept driving, and driving and driving until we got to Seljalandsfoss and then Skógafoss. After we explored the falls we drove back, stopped in Selfoss at a bakery and continued to Reykjavik. 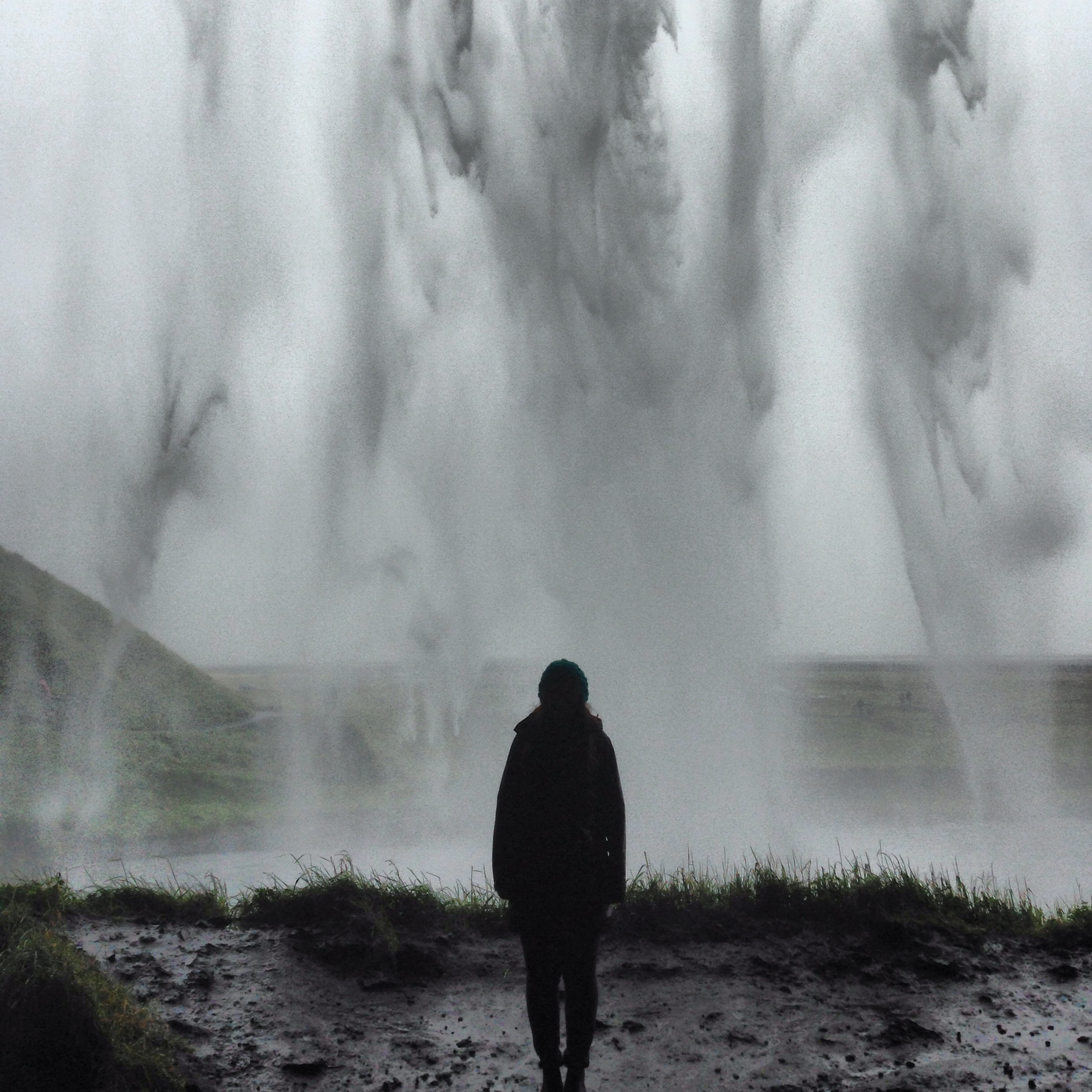 On Friday Nila took me window shopping and to another tasty bakery. That evening we made our way over to Heimir and Erla’s place for Heimir’s birthday. The kids were rowdy that night and jokes were made that I’ll be waiting 10 years before I have kids now that I had been spending so much time around them. Yupp, that sounds far enough in the distance. Being around so many kids made me understand why parents drink coffee. It was a fun night with great food and conversation.

On Saturday we drove to the summer home near Borganes. We stopped at a grocery store and took advantage of the 50% off candy on Saturday deal. Seriously, why don’t we do that? Along the way we stopped off at a festival that was happening. There was a little farmers market, lots of free food and a petting zoo of farm animals for the kids. Tina Maria and Lorenz rode the horses and seemed to really enjoy it. 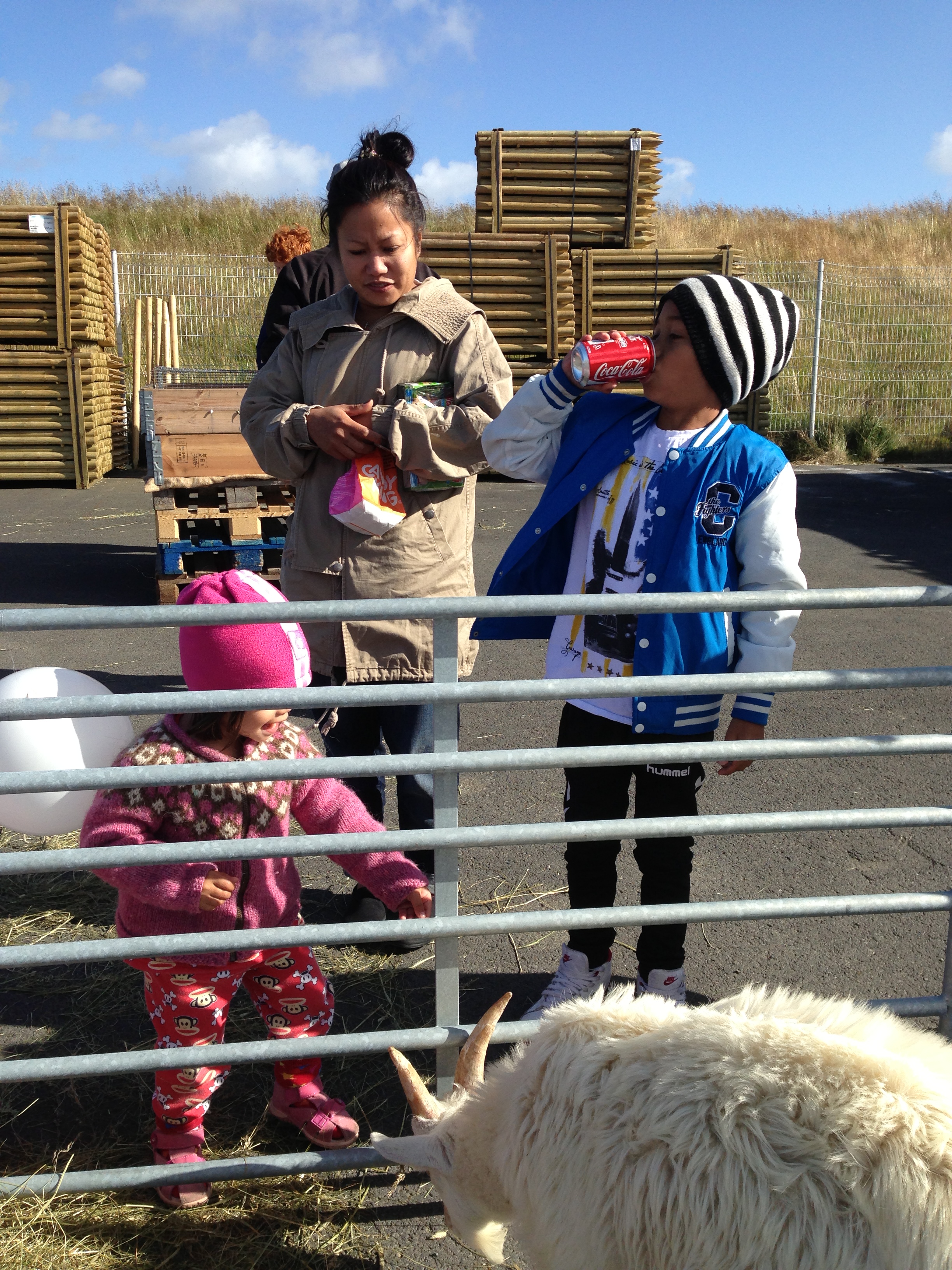 There was also some sort of strong man competition going on. Behind a crowd of people I could see large planks of wood being thrown into the sky. Later the competition moved to where I was standing and men pulled women sitting on palettes. What? Then there was a tug of war. Yes. It was great. 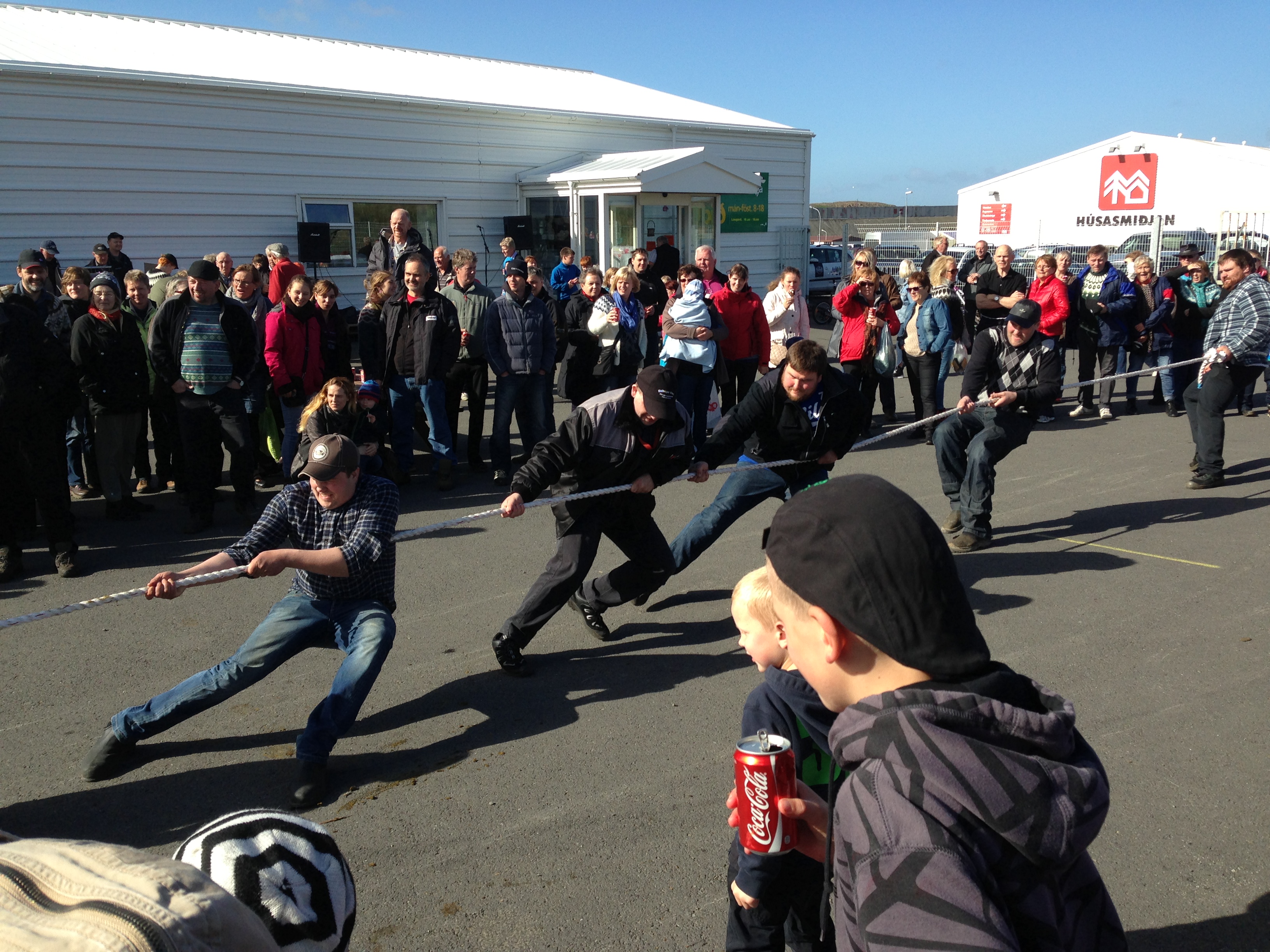 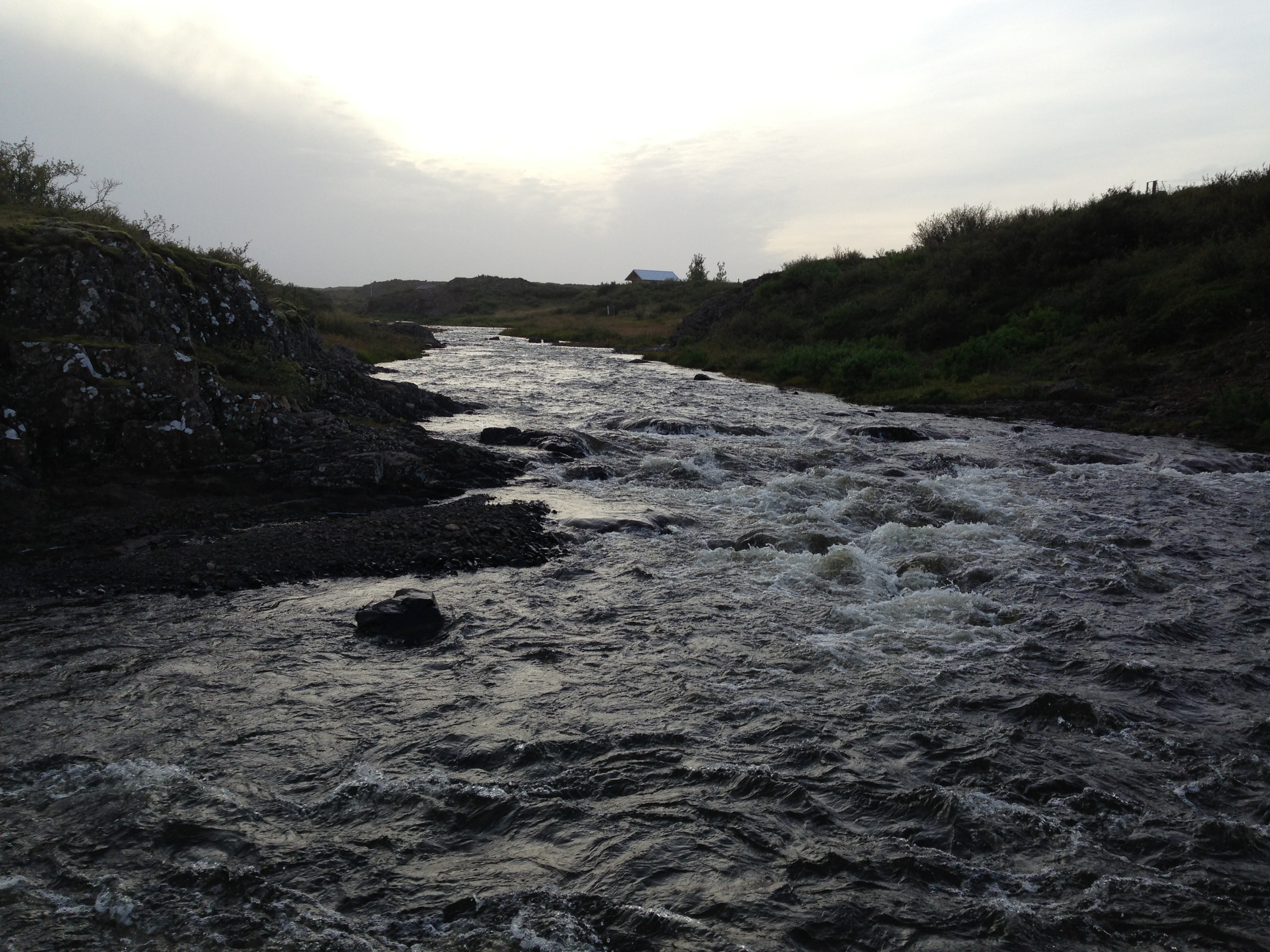 We woke up to a lazy morning at the summer house and made our way back to visit with Adda and grandpa. Helgi drove over and picked me up for a visit at Jón Þór’s for coffee, tea for me. We then went to a pool close to his apartment. How great would it be to have local pools year round with hot tubs? So great. I’m envious of people with hot tubs. Womp. Anyways, it’s always nice to talk with Helgi and Jón Þór. I might be wrong but I feel like we’re on the same page with most of the important things in life.

Monday morning I woke up to say good bye to Þorir Geir, Lorenz and Tina Maria. Nila and I lounged around a bit before heading to do some errands and eat sushi. We then went over to Adda’s. I had a chance to speak with Adda a little before grandpa and I made our way to the airport. She feels like a grandmother to me, which makes me feel lucky already  having two of my own. Before getting to the airport I made one last stop at a Bonus (grocery store) to buy Icelandic candy… $45 worth of candy. Yumm! No regrets.

The flight home went well. When I bought my ticket I was offered a $50 upgrade for 1st class and jumped on that. I had a great meal, great drinks and an … ok neighbour. Halfway through the flight the Icelandic man beside me decided he wanted to talk to someone while he drank and drank and drank some more. At least I had a great view of Greenland. 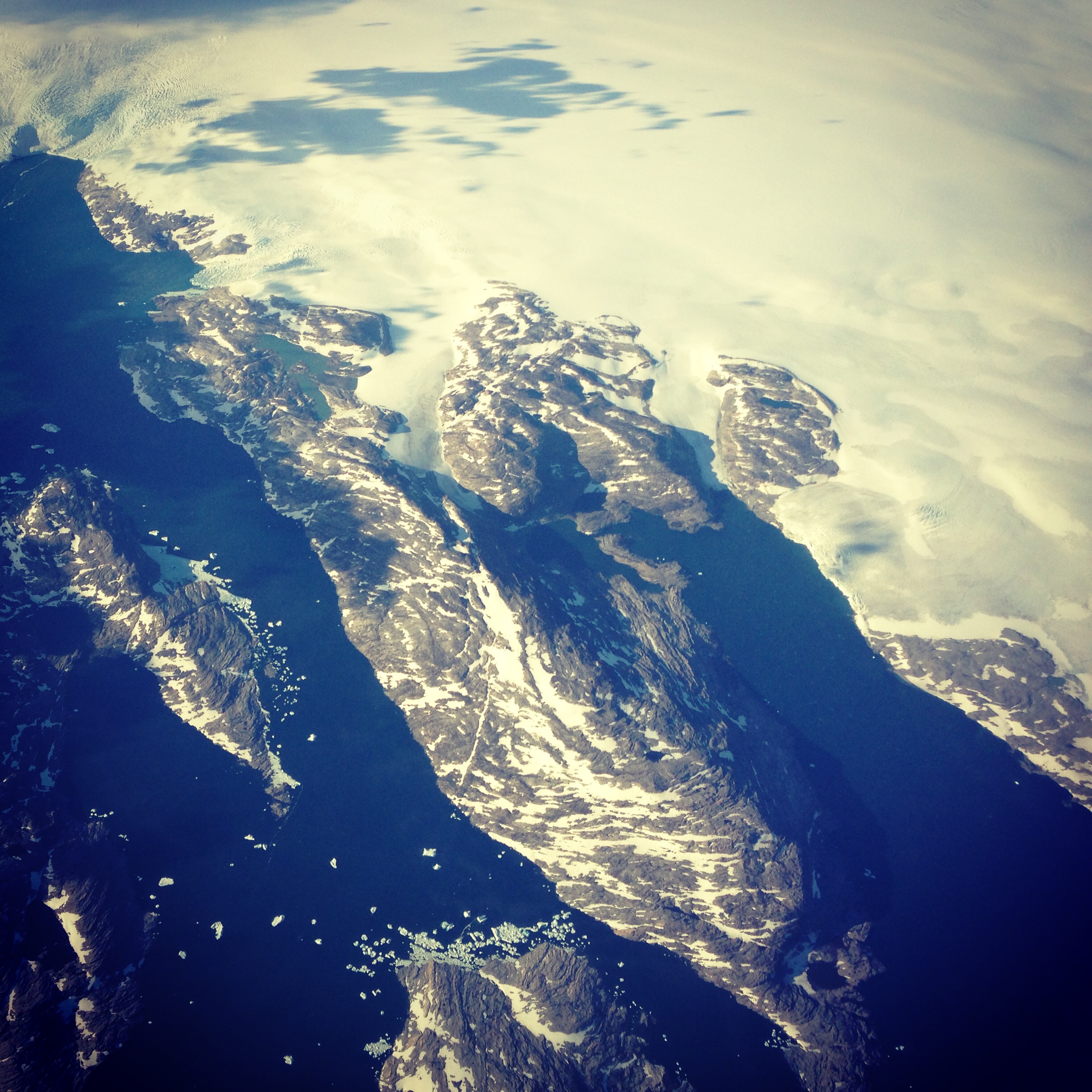 It’s hard to believe I’ve been home for a week, but then again not really as it felt like I never left. I must say thank you again to everyone who welcomed me back to Iceland. It was a great trip and I had a fantastic time visiting everyone. I don’t know when I’ll be back, but I know I will be. Until next time Iceland.