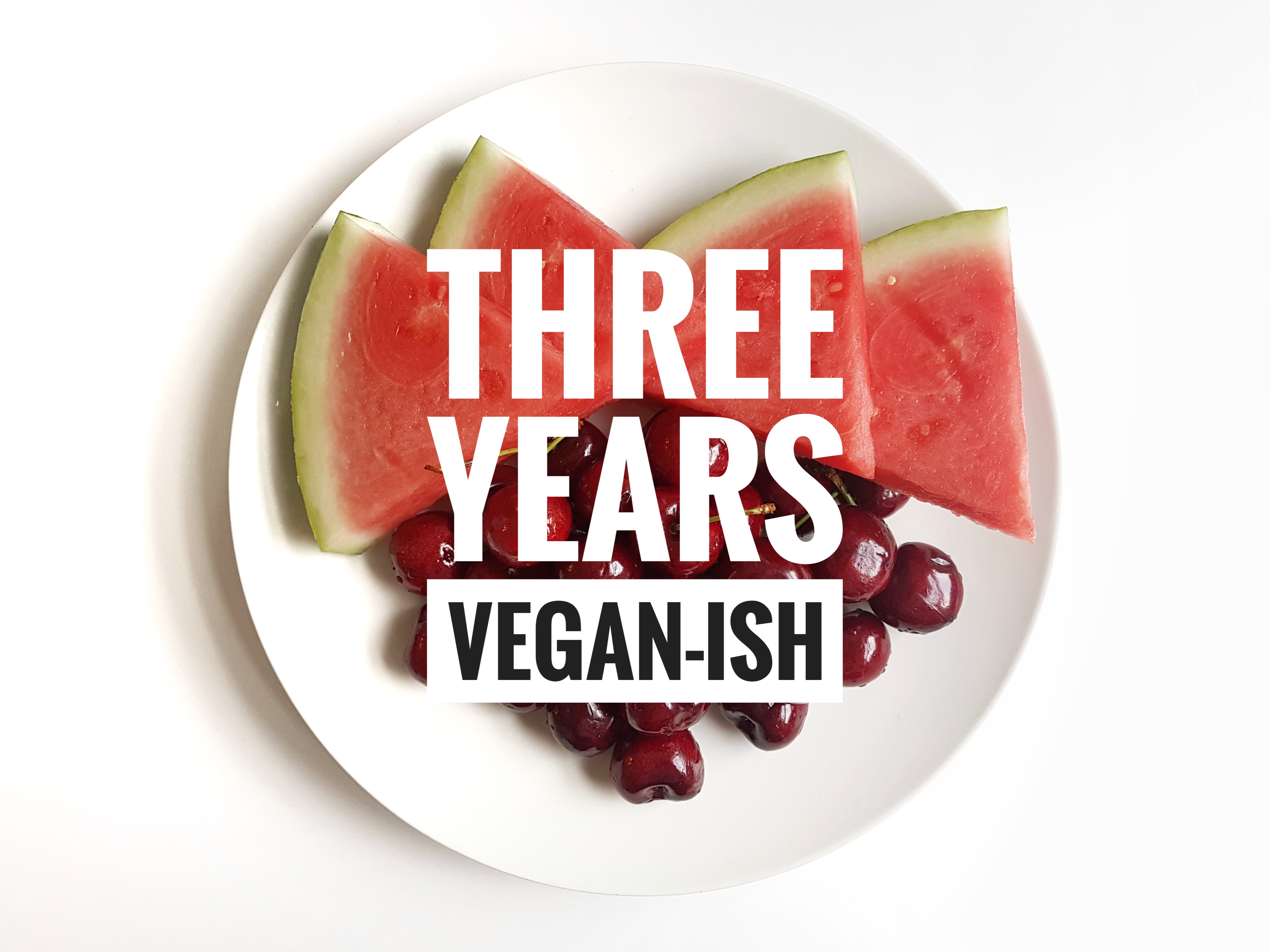 Today marks three years vegan. Woo Woo! Except, I’m a bad vegan.. a faux vegan in some circles as I haven’t followed the vegan lifestyle to a tee.

While I eat a vegan diet at home, I won’t shy away from the fact that when we’ve traveled I’ve indulged outside of my daily diet. I’ve enjoyed cheeses in Paris, some fish by the ocean in Mexico, dairy filled dishes in India and honesty time, when the cravings are a little too real and I don’t have the will, I sneak the occasional chocolate bar… What a fraud, eh? Truth be told, I’m more ‘plant-based’ than vegan, but not everyone is familiar with the term. Essentially my diet is plant-based (vegetables, whole grains, legumes, and fruits) with no animal products and I try to steer clear of processed foods as best I can.

The last time I had a cheeky sneak of something non-plant-based/vegan it didn’t sit well with me – both physically speaking (yuck) and emotionally. I’m starting to see things a bit differently and wanting to have a bigger impact.

When I’m shopping I don’t typically think about my purchases from a vegan lens. I tend to look at price points or ease of use. For example, last year I needed to get a new pair of sneakers that would fit my orthotics and after trying on shoe after shoe after shoe I found a pair that would work and bought them without thinking. I still use leather products that I bought/was gifted years ago and feel a bit like a fraud when I’m out, especially when we’re at a vegan restaurant and I’m sporting my leather bag. I’m not much of a shopper, so when I do buy something, I want to use it until it can’t be used anymore.

My habits are starting to change. The other day I was looking down at my feet and could see my big toe popping out through the fabric in my shoe with my cobalt blue nail polish waving hello. The shoes had treated me well for a couple years but it was time to say goodbye. While I was out for a walk (now that I can do that! #thanksrollie) the local family run shoe store caught my eye. I made my way in and my eyes went straight for the Birkenstocks. The shop owner started talking to me and suggested Birks for me as they are very supportive. So, for the first time when shopping, I said: “I’m actually trying to avoid purchasing leather products.” He let me know that they carried the synthetic shoes which and actually part of the vegan line… so I bought them up.

I’m not perfect but the guilt is getting to be a bit too real for me especially since watching Okja on Netflix… (so good, have you watched it yet?!) I’m looking to make a change. I want to educate myself more on the regular products that I purchase and which brands are best to support while also placing a focus on making second-hand purchases when and where possible. Anyways, thank goodness for the internet and having great resources at our fingertips and here’s to another three years!

You may also enjoy: