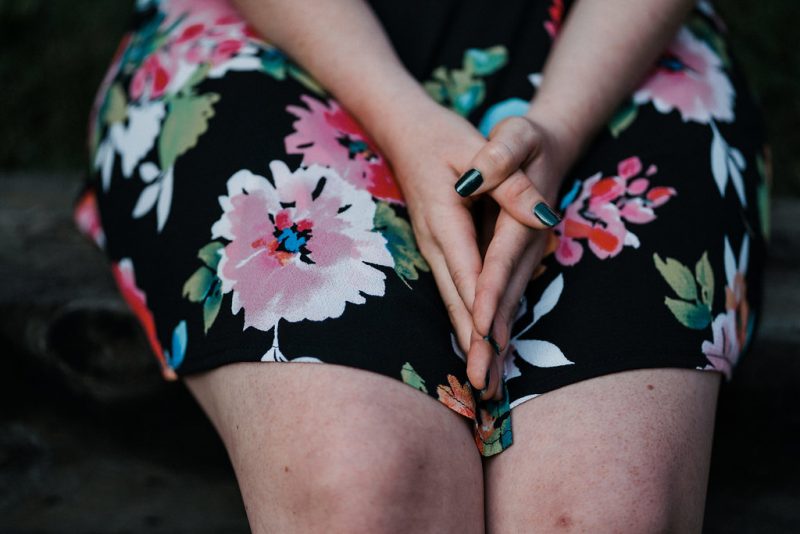 It’s an odd thing to admit to yourself that you’re fearful of your body, but that’s where I had been for quite a while and I’m kinda still there. We had a bit of a car accident in March of last year that set the wheels in motion for a bit of a challenging time with my back which I’ve shared before here and here and here.

I learned the hard lesson that sometimes you just need to stop. Stop trying, stop thinking, stop pushing yourself in order to heal. I’ve always rationally known that rest is a necessity, that rest is restorative. But while I’ve known this, I’ve also, to my core, been a bit of an overachiever. I want to work hard and be successful, I set goals for myself and I try my hardest to make them happen. While that’s the case I also know that if I don’t achieve them, I learn from them and grow.

When it came to my back, following the car accident week after week the pain got progressively worse to the point where I couldn’t move without extreme pain. On a good day, I could maybe get away with one or two minutes walking… maybe. I had to mentally prepare myself for the pain to get up and grab a glass of water or head to the washroom. Changing sides in bed was an effort. Even though I committed myself to physio and did my exercises daily (when I could) nothing was working and I have reason to believe now, that those trips to physio and those exercises that were meant to help did more harm than good a lot of the time as we tried to figure out what would work.

This past year I struggled with having to teach myself the fundamentals. I learned that sometimes the act of doing, even with the best intentions does more harm than good. This past year was a test. Thankfully, around nine months ago things improved and my nerve pain subsided.

I got off my medications, Lyrica was a pain to kick. I could write a whole post about that but as much as it helped me when my pain was at its worst, the withdrawal and side effects were real from extreme mood swings, anxiety, nausea, sleep issues, skin issues. It wasn’t fun. The weight gain was also not ideal but at the same time, those pills helped me get better so sometimes you gotta roll with the punches. Anyways, in the months following the chronic pain spell, I lived in fear of my body and anticipated the return. I was so aware of every ache and pain and would just hope for the best. I tried to acknowledge the pain and then try not to overthink about the possible fallout.

Learning my limits was and has always been a challenge for me. As I started to feel better I tried to incorporate regular life tasks back into my life. In December I started cooking more again, something I truly love and have committed to exploring more (if you see my Instagram you know this is true). After cooking a meal, sitting down and enjoying said meal when I would go to get up my back would crumble… that’s the best way to explain it. I would go to stand up and my back would give out and I would start to float down to the ground like a dying balloon. At least it felt like it was all happening in slow motion. While this was happening the pain was still staying at bay so I attempted to dial myself back a bit.

It wasn’t until about February when I started to realize that I was living in fear of my body. I reached out to my friend Emeralda who had been working with a Sean, a Pilates instructor specializing with clients who have/have had spinal cord injuries. I took the time to feel ready and reached out to Sean. I’ve been going to his studio bi-weekly since mid-March and it’s been a game changer. One of Sean’s mottos is “incremental change, monumental results” and I completely agree.

My experience and relationship with pain has been explained as a rollercoaster for life and while that may be true, I think I’ve found something that is working for me, teaching me the body mechanics I’ve lived without for so long. And, while I had a little bout of pain yesterday I’ve learned so much on this journey and I’m happy to say that that ‘fear’ isn’t at the forefront of my mind anymore. I’m not leaping to the ‘what will life be like in a week, month or 30 years from now’ plotlines that used to play out in my mind. I’m acknowledging the pain and being mindful of its sensations but not leaping, and that’s a win!